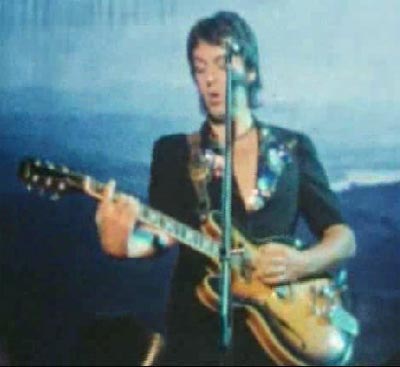 I have just been sent a DVD with a transfer of 29 seconds of silent colour 16mm film footage of the Wings concert in Oslo on the 9th of August, 1972. The image shown above is from that film.
I'm having the film dubbed at the moment, and I will be showing it at the Beatles festival here in Norway later this month.
Since no bootlegs have appeared from this particular concert, I'm using sound from various other venues on that tour for the presentation.
Posted by wogew at Wednesday, October 08, 2008