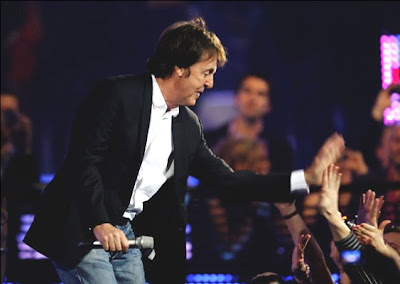 Paul McCartney got an award again last night. It was a "special" award created by the organizers of the MTV European Music Awards, because the event was held in McCartney's native Liverpool this year. The "Ultimate Legend Award" was presented by U2's Bono, who gave the Beatle a rather long drawn out introduction - almost nausiatingly flattering Paul. It reminded us of the far better introduction Ellen DeGeneres gave Paul at the 2006 Grammies: "The next performer needs no introduction!" Then Paul simply entered the stage.
That was the time when McCartney lost the "Album of the year" Grammy for which his "Chaos & Creation in the Backyard" was nominated, to U2's "How To Dismantle An Atomic Bomb".
So perhaps Bono was just making up for that.
Yesterday, Paul knew there was no way his "thank you" speech was going to be able to surpass Bono's big build-up, so he simply high-fived audience members he was passing, and then went on to thank Liverpool, his parents Jim and Mary, his brother Mike (who was also there), George, Ringo and John, Britain - and the americans for voting for Obama. The ex-Beatle didn't perform at the event. 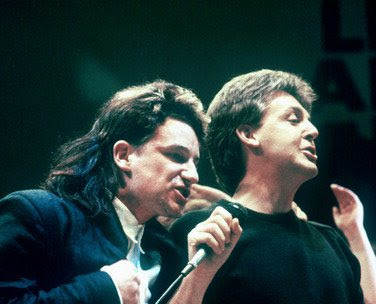 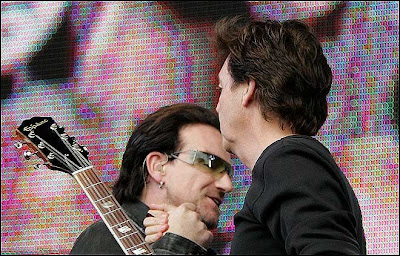