Bonham's is currently planning another of their Pop & Rock memorabilia auctions, this one's to be held on the 25th of November in Knightsbridge, London - and if you're after a lock of young Paul McCartney's undyed hair, now is your chance!
This lock of hair was won by the vendor's mother, who was a 12-year-old schoolgirl from Annandale at the time. The competition was organised by Sydney's 'TV Week' magazine. An article in the issue included in the lot gives the background to the competition, in which readers were asked to '...give the best and most original 25-word reason for possessing it (the hair).' The winning entry stated that she '...would like to win a lock of Paul McCartney's hair to prove to my father that the Beatles really do have their hair cut.' The article continues: 'She is now the only teenager in Australia with a lock of hair cut from Paul McCartney's mop-top during his fantastic stay in Australia...Catherine will keep her souvenir by securing it in a blue bow.'

According to 'The Beatles: A Diary' by Barry Miles (Omnibus Press, London 1998), John, Paul and Ringo had their hair cut on 17th June 1964, prior to them playing the final two of six sets (over three nights) at the Festival Hall, Melbourne. It is possible that 'TV Week' acquired the lock of hair on this occasion. 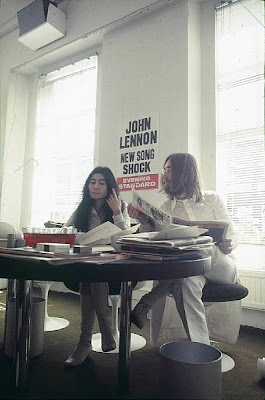 Other interesting items at the auction are a pair of Ringo's skiing gloves, lots of John&Yoko photographs taken by Luiz Garrido from March to June 1969 (sold with copyrights and most of them previously unpublished), a number of early concert posters, hand bills, tickets and autographed photos. 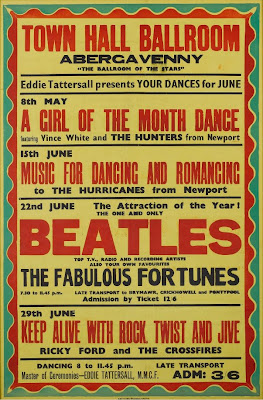 The auction also includes a number of items from the late Spike (from The Goons) Milligan's collection. He was a friend of The Beatles, so some of his lots are also Beatles-related. The auction is called: Entertainment Memorabilia including "The Private World of Spike Milligan"

Link to auction
Posted by wogew at Friday, November 14, 2008

Hey, I'm back for the n e x t round of GB2LIB...D'ed. I was taking a break to supposedly relax a bit after a grueling two year campus wide software project. That turned out to be a big fantasy, since now I oversee it, in addition to “normal” duties.

My goal for this next chunk it to get way into day three by spring up to an including "the on film row b'tween Paul and George". I have done a quick and dirty edit of what I think the individual tracks are going to be.