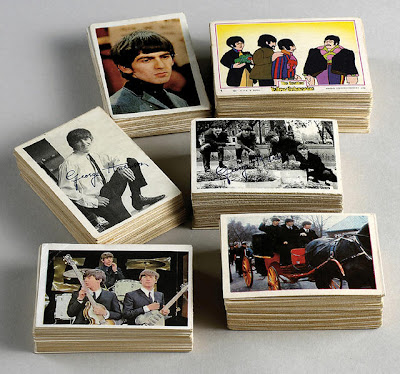 During the sixties, there was the collectable cards craze, and I suppose there are still those who indulge in this kind of thing. Some cards included a chewing gum, some didn't. The american made collectors cards are fairly well documented, but cards in different series were released worldwide by local companies jumping on the Beatles bandwagon. 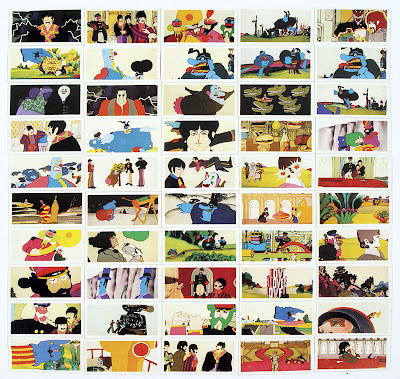 In Sweden, the cards were and still are called "Filmisar" or "filmies", because most pictures were of famous stars of the screen. Here in Norway, local cards were never made, but sometimes we could find swedish "filmies" included in a bag of sweets. Finnish cards were also commonly available. UK cards were for sale as packs of 2 cards and a chewing gum. 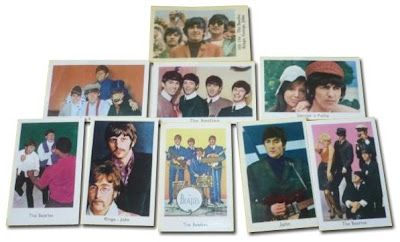