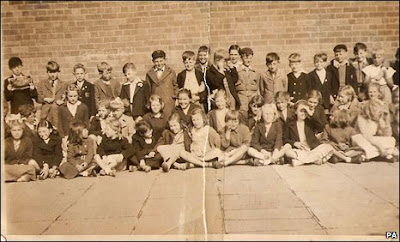 (BBC News)A previously unseen photograph of Sir Paul McCartney, before he found fame and fortune with The Beatles, is set for auction.
A schoolboy Paul, aged ten, is seen engrossed in a comic surrounded by classmates from Joseph Williams School, Liverpool, in the picture, taken in 1952.
A woman recently took it into The Beatles Shop - a few metres away from the original Cavern Club in Liverpool.
It will be among 315 items of Beatles memorabilia auctioned on 29. August in Liverpool at the annual Beatles Week. 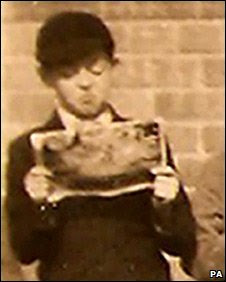 This was, of course, 23 years before Paul recorded his tribute to the two Marvel comic book characters "Magneto and Titanium Man".
If you look closely at the Help! film where Paul's organ rises from the basement of The Beatles' apartment, you'll notice that Paul isn't playing to written music scores, but to comic books. More specifically, to DC Comics Superman comic books.
Auction blog
Posted by wogew at Thursday, August 20, 2009

Doesn't look like a comic to me. Apart from the printed design, it looks too wide - the pages would be about square.