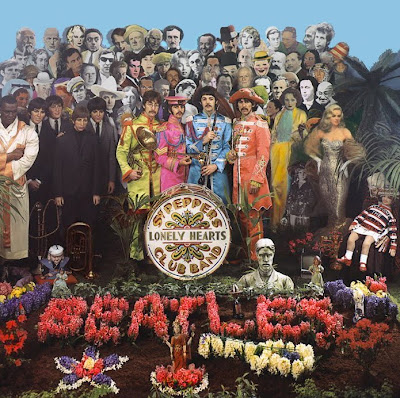 Here's a tidbit I discovered, which is not going to be part of this week-end's Sgt Pepper exhibition, but which I wanted to share. Remember the tiny portable TV on the Sgt Pepper cover? 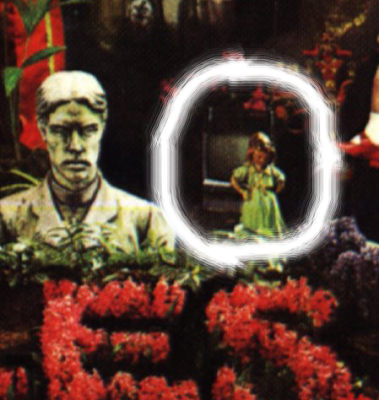 It's a Sony. It was John's nine inch portable TV, which he brought to the photo session from his home in Weybridge. Sony enthusiasts have identified it as a Sony portable TV9-306UB, which was pretty advanced for the 1960’s. Lennon was a bit of a gadget freak, although unfortunately this didn't manifest itself in his home studio equipment. 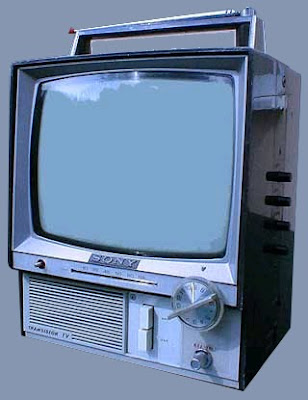 The TV was later sold, along with lots of other stuff from Lennon's house in Weybridge, and it ended up on a shelf in the "Hard Rock Café" warehouse. It was discovered there by a couple of Beatles fans, and Hard Rock Café had only labeled it as a TV that had once belonged to John Lennon, they were unaware that it was, in fact, part of the most famous LP cover in history.
One other thing I discovered, was that Oxford Dictionary of National Biography had made this wonderful web page, where you can hold your mouse-pointer over each of the elements on the Pepper cover to identify what's under. And if you click the mouse-button, you get the story behind. Clever!
Posted by wogew at Tuesday, October 13, 2009

I am a volunteer with the Royal British Columbia Museum, which owns John Lennon's Phantom V. I look after the maintenance and service on the car. I have also done some restoration on damaged paint. Sometime about 25 years ago the Sony TV9-306UB portable TV that was installed in the rear console of his car 'went missing'. The museum would like to find one to fill the empty hole where it used to be. If you can help with any leads on one I would be most appreciative. Thanks, Jim Walters. I can be contacted at jim@bristolmotors.com, and see some paint repair I did at www.bristolmotors.com/rolls.html

Hi Jim! I suppose you monitor ebay? Here's one that looks the part, don't know if it's the correct size though.

Hi Roger, I posted on the Sgt Pepper TV set at http://beatlesblogger.wordpress.com/2010/09/26/sony-paul-and-the-sgt-pepper-cover/
Just happened upon this post again and decided to look and see if the Okazaki City Mindscape Museum in fact has that “Swingin’ London” exhibit on. It does! Go to:
http://www.city.okazaki.aichi.jp/museum/bihaku/exhibition/exhibition.html
My Japanese is non-existent so I put some text from the site into Google Translate and it came back with: “Famous Beatles record jacket Sgt Peppers Lonely Hearts Club Band) that was captured on television unravel the mystery of the “bill signed by Paul McCartney (invoice),” and so I reckon we are still working out the mystery of the who owned the TV set!
Cheers,
Beatlesblogger