Q Magazine gave us a 26 page special on Paul McCartney in their May issue. Some of the photos that showed up were better than the ones we had, and there was also a never-before published one. 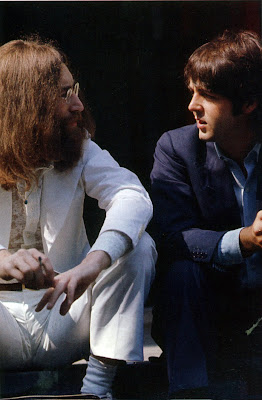 John Lennon and Paul McCartney on the steps of EMI studios at Abbey Road, on the same occasion that the cover for the Abbey Road album was shot. 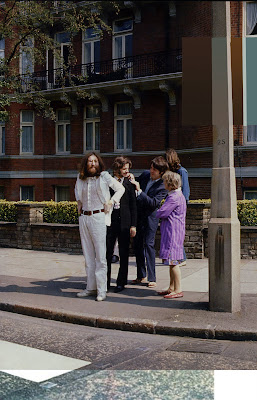 Just before crossing the road, this photo was taken in the opposite direction of the road than the ones on the album cover. I took the liberty of replacing a red square with text with colours from the background. I also added a little bit at the bottom of the picture, from a previously published cropping of the same photo. 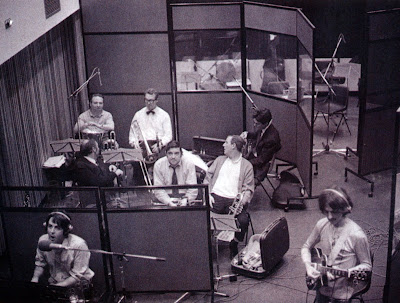 In other news, here's the set list from yesterday's Paul McCartney concert in Mexico:

Tonight's concert will be streamed live on the internet throughout Mexico, and Paul McCartney has also paid for the erection of a giant screen at a plaza in the capital's Chapultapec park, where 10 000 people can watch the concert for free. While Paul is in Mexico, almost 100 people have gathered outside the hotel where he is staying hoping for a glimpse.
Posted by wogew at Friday, May 28, 2010

hi, you have nice blog.. u can view also mine..http://akoniwares.blogspot.com