A trip to Lagos for free 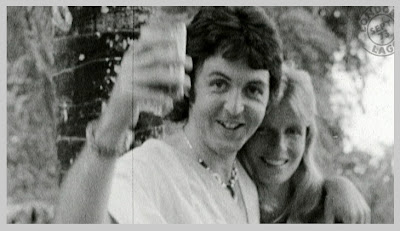 Currently available as a free sample to download from Paul McCartney's official site is a clip from the upcoming Band on The Run DVD. The 2:58 minutes long film is mostly in black and white (opening footage of a plane landing is in colour). Paul and Linda larks about behind a tree and sits down among the native women to chew the fat and smoke a few. A quick glimpse of Denny Laine, the kids and the engineer and that's that. The footage is accompanied by the slow version of Band on the Run which Paul did for a BBC radio 2 commercial five years ago.
Download "A trip to Lagos" for free. 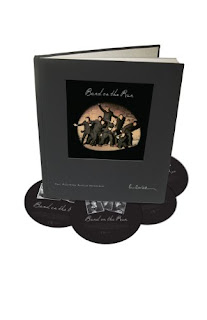 Paul McCartney and Wings' epic #1 album from 1973 will Be available in multiple configurations featuring remastered rare bonus audio & video content with special exclusive packaging
November 1st in the UK
November 2nd in the USA
Band on the Run marks the first release from the Paul McCartney Archive Collection, an ambitious reissue program that encompasses 40 years of cherished, classic material from the most successful songwriter and recording artist in music history. It’s also the initial physical release of the recently announced agreement between McCartney’s MPL and Concord Music Group to globally market and distribute Paul’s venerated solo and Wings catalogue.
With this new exclusive global arrangement, fans can expect both physical and digital distribution of gems from his solo offerings like McCartney, Ram, Pipes of Peace, Give My Regards To Broad Street and Flaming Pie, as well as Wings landmarks such as Wildlife and Red Rose Speedway. In addition, the re-releases will include stuff done under McCartney's pseudonyms: Percy "Thrills" Thrillington, The Fireman and Twin Freaks.