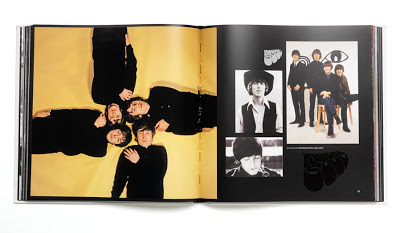 was the same text that Kevin Howlett used for the CD booklets, or whether it was expanded upon. So we asked Kevin. Here's his reply:

There is a chapter on each of the albums. I've expanded the original notes a great deal. I've also written an Introduction, which includes quotes from interviewees featured in my 2009 radio series The Beatles: Here, There And Everywhere. There are also chapters about the remastering process and how the vinyl cuts were made. It's beautifully illustrated.

So there you have it. Another reason to get the full boxed set. 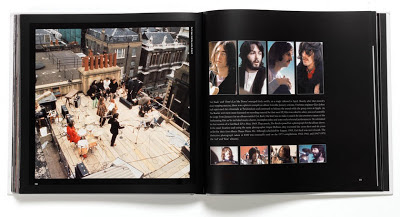 You can check out some more spreads from the book over at superdeluxeedition.
Posted by wogew at Wednesday, October 10, 2012

I am hoping that EMI will do those vinyl reissue right :

- The black & gold label for "Please Please Me"
- flipback sleeve
- the EMI inner sleeve
- When i saxw the price, i said to myself why don't they add 20 to 30€ to the price and give us the "Let It Be" book ? Maybe they will do a reissue of the film too in anear future ? With the book ?
- i hope the Mono box set will be very soon too!!

As soon as you have some new exclusives photos please show us!!!