There are various types of Beatles collectors. It usually begins with the music, and then branches out.
The record collector
Starts out trying to get a complete Beatles collection, that means all songs recorded by the Beatles. In this day and age, that's relatively easy - because of all the boxed sets available. It used to be a lot trickier, because the Beatles often gave their 45s added value by including B-sides, and even A-sides that weren't available on an album. At least that's how it was in Great Britain. In the USA, Capitol used Beatles singles, As and Bs to make up new albums. Still, they missed a few - so you'd have to hunt for those. The solo Beatles continued this practice, and McCartney and Wings' singles were often treasure troves with their funny and sometimes brilliant B-sides.
In the CD era this changed, because the record companies started making bonus tracks from those old B-sides. Mission was finally accomplished with the recent release of Dark Horse, which gave the B-side "I Don't Care Anymore" a home on a CD.
Then there were mixes. Of course, now everyone knows about the Beatles' mono mixes being somewhat different than their stereo counterparts, so you'd have to get those as well. A particularly rare mono mix was the one of "Ram", only sent to radio stations back then, but now available to anyone. Then there were the elusive quad mixes of some solo albums, which you needed to set up quadrophonic equipment at home to be able to enjoy. Mixes became a nuisance to collectors in the late eighties when Paul McCartney's record company started releasing all too many different mixes of his tracks on various hard-to-find records.


The mixes collector
The mixing of Beatles music for stereo in the sixties was an experimental business, at least up to, and including, the white album. Many find that they are able to improve on what the audio engineers of the era managed to do, so the Beatles' RockBand single tracks are exploited to be able to put them together in a new, more interesting, or pleasing ways. The same goes for the 5.1 soundtracks captured from the Anthology series and movie releases. The mixes collector doesn't necessarily make his own mixes, but downloads the work of audio amateurs dabbling in this.

The music collector
Is interested in the music, and doesn't care too much about the packaging. Once a music collector has all the officially released music, he might go into the realm of bootlegs, which is the only way to get Beatles music new to his ears.


The historian:
Collects minute details regarding one or more subjects in Beatles history. He'll (and sometimes she'll) collect photos, newspaper clippings, interviews and piece them together for a great look at for instance a day in the life of the Beatles. 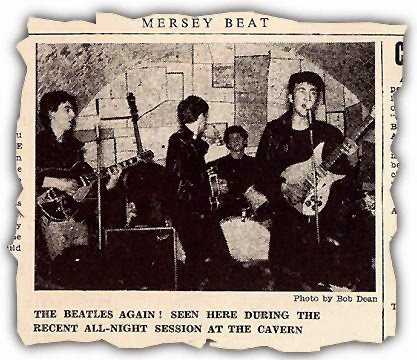 The quiz expert
Gathers every sort of fact about the Beatles. Likely to attend Beatles quizzes, or serve as quiz master. Often very interested in music charts, which record charted where, how long was it on the charts and where did it peak. The fifth Beatle? He/she can list at least fifty contenders to the title.

The rare records collector
This is when Beatles collecting becomes stamp collecting. At first he/she will try to get all the domestic releases from his/her own country. The next step is to get records with particularly interesting photo sleeves. After that, maybe interesting couplings. like the Finnish Ob-la-di-ob-la-da / Happiness is a Warm Gun single. Or the Mexican EPs put together by John Lennon. The rare record collector will then start to scrutinize things like labels and matrix numbers, anything that is different than the standard release. Misprints is another stamp/Beatles collector's favourite.

The photo collector
Will amass a huge collection of Beatles photos. Divides into professional and amateur photos. Uncropped versions of a well known photo is like finding gold. As is candid moments captured by a bystander.


The cheap collector
Always looking for bargains at garage sales, flea markets or overlooked gems at ebay and other places. Will also find pleasure in collecting photos of Beatles records and memorabilia he/she wished they could afford.


The rich collector
Paying top prices for mostly well known rarities. Sometimes these will be hunting at pop memorabilia auctions from well known auction companies to get that one item that no one else can afford.

The hoarder
Anything goes.
The relics collector
A brick from the original Cavern Club, a piece of wood from the stage, a bit of rubble from the burned down Star Club, a half smoked cigarette from Ringo, these are items you'll find in the home of a Beatles relic collector. Me, I have a little piece of wood from the tree in the Strawberry Fields Forever video.

The film collector
Interested in getting as much available footage of the Beatles as possible. It all started with 8mm films, then super 8, 16mm films, 35 mm films, video cassettes, DVDs, Blu-rays and then just computer film files. If they appeared on TV in some country somewhere, he/ she will have footage from it. As long as it exists. Swaps with fellow film collectors.


The private collector
Has interesting and unique films and/or recordings of the  Beatles, which he keeps for himself and or close friends to see and hear.

The curator
Makes a Beatles museum so that other people may partake in his/her vast collection of everything Beatle.


The tourist
Everywhere he/she goes on holiday has a Beatles connection. Will visit the places they went to, and take modern day photos of locations they used for photo sessions.

I am sure that there are more types of collectors as well, these came from the top of my head as I was writing. And most Beatles collectors will have stuff from several of these departments. Still, we have to remind ourselves that the starting point for every kind of Beatles collector is the love of the music they made.
Posted by wogew at Wednesday, October 01, 2014