Let It Be comparison

By request, here are a few screenshots from the recently released HMC version of "Let It Be" compared to an older bootleg DVD of the same film.


As you can see from these comparisons, the picture quality of HMC is brighter and better, but the bottom part of the screen is severely cropped, whereas it has more of the top part. The older bootleg has the German release of the film, from around 1984 as image source. As most noticeable on the end screen, the right part of the screen is also cropped quite a bit on the new release, and the end credits are also completely missing.
The version uploaded by Revolver TV to YouTube last year did feature both these original end credits, as well as additional credits particular to the 1992 restoration: 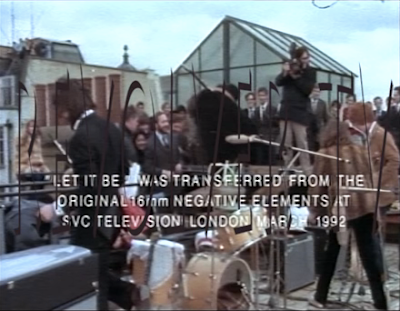 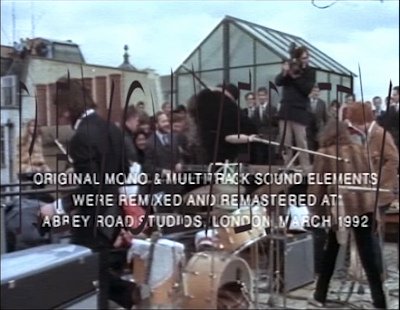 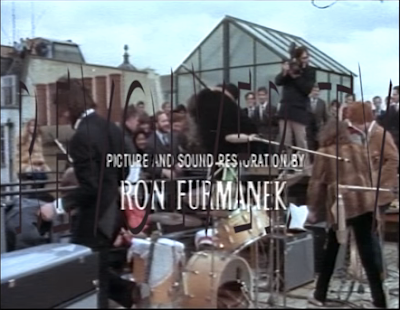 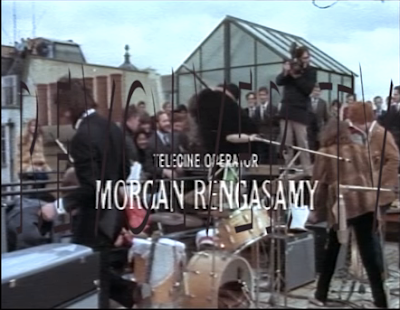 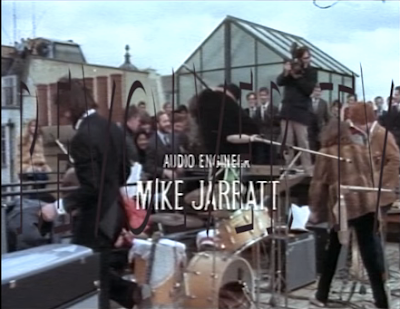 See also our main Let It Be page.
Posted by wogew at Wednesday, February 10, 2016

I wonder if they've cropped it at the bottom to remove a burnt in timecode display!? Despite some quality improvements - the rubbish framing means that, unless you have NO copy whatsoever of Let It Be - may as well let this one pass - and hope that the REAL one is not too far away...some time just before the apocalypse...

I am looking forward to this release not just for the picture quality ,but for the sound. Its the music I love and this release will satisfy my LIB need until an official BLUray (hopefully by The Criterion Collection with plenty of high quality bells and whistles )is released .

more top, less bottom..... really strange. i guess too they cropped the bottom to avoid a timecode or something.

Obviously HMC and Revolver TV are different people. Both seem to have had access to unrelated dubs.

Would Ron Furmanek possibly have cropped the matetial?

Ron's work is seen in all of its total full frame glory in Anthology, not so hard to see it is all perfect there.

I'm awaiting my chance to view the HMC version, but it looks like enough of the bottom is missing that there is something going on beyond the normal slight differences in framing present on all sorts of films. My guess is the videotape source HMC had either had a timecode on the bottom, or some sort of videotape stretch/wobble artifact they were trying to cover up. There's no way they would have put this transfer out with enough lopped off the bottom of the picture that it actually cuts off the on-screen titles. Weird and slightly disappointing.

I agree that this *can't* be the same exact source as the "Revolver TV" version if the '92 Furmanek credits are missing at the end (assuming HMC didn't simply freezeframe the picture but keep the audio going). It's quite possible both versions are the '92 restoration (the actual picture quality of the HMC screenshots would seem to support this), and HMC simply got a copy made during an earlier stage before the end credits were re-applied. Having an earlier "rough cut" of the '92 restoration could also conceivably explain the possibility that a timecode was present at the bottom.

Another question this raises: if HMC cropped the bottom, then it doesn't really look like 4x3 (or 1.33x1) anymore, but leaves it with a slightly wider picture.

I thought, outside of an official Apple Blu-ray release, we finally had a definitively best version of this thing finally. But every version of this '92 restoration still seems to be messed up in one way or another. HMC version still appears to be best, but still has weird cropping and missing end titles. The "Revolver TV" version, even assuming it could surface without the "Revolver" logo, is stretched in a weird fashion.

It appears the HMC version, aside from the weird issue with the end credits, may simply be an "unstretched" version of the "Revolver TV" version.

Which makes me wonder if *both* the HMC and Revolver TV versions were cropped to remove a timecode or other anomaly.

But based on process of elimination and deduction, and by the look of these screencaps, it then appears that the HMC version is something more like 1.66x1 ratio, which means even within the 4x3 frame it is slightly wider and has black bars at the top and bottom? Or is anamorphically enhanced and only has slightly less wide borders on the left and right (e.g. the 1.66x1 aspect ratio of Yellow Submarine).

While framing can vary *within* a given version/transfer of a film, I'm hoping someone can line up some screenshots comparing at least all of the following versions:

As others have noted, the only unfettered versions would likely be clips in "Anthology" (and other LIB clips released on various EPKs) and the "Beatles 1" Blu-ray/DVD. That's where we can get the best idea of what framing/cropping issues are occurring on other "releases."

well if they do release this i hope criterion doesnt do it.i was very unhappy with the job they did on a hard days night.they didn't even fix the audio.it was still too slow.