Norwegian Singles: I Want To Hold Your Hand 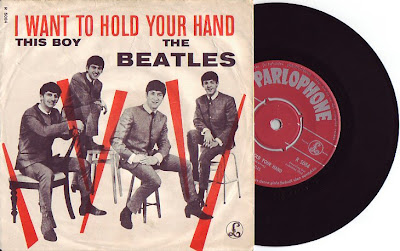 I Want To Hold Your Hand / This Boy was released as a single in Norway in November 1963, hot on the heels of the smash hit "She Loves You". I Want To Hold Your Hand is like no other norwegian Beatles single, because it was released in a danish picture sleeve. Instead of the familiar "10 Topper" singles list on the back, it has the danish equivalent "Top 10" as well as an ad for record players. 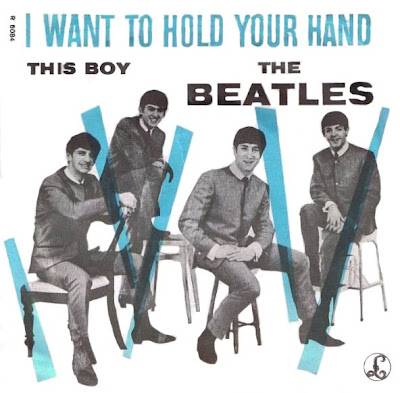 When the single was resurrected with a 1966 reprint, order was restored. They changed the colour of the lines from the old red ones to blue, and the back restores a "10 Topper" list, starting with the 1966 release "Michelle"/"Girl". This cover is extremely rare, while the earlier version with the danish sleeve is easy to come by. 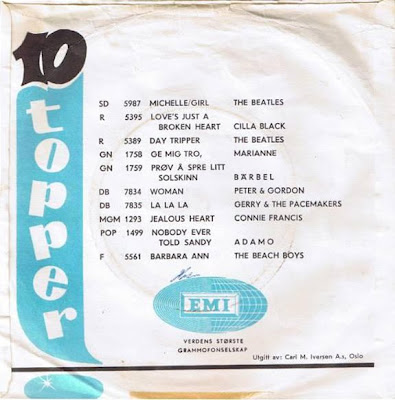 Hello. Do you have any idea what the blue version may be worth? :)