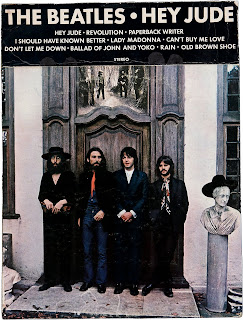 Beginning at 8am, Saturday 10th April and continuing until midnight Sunday 11th April, ABC Beatles will give listeners the opportunity to hear rare and exclusive material drawn from the depths of the BBC Radio archives. The broadcast will include an in-depth history of the band, interviews and recordings from their visits to BBC studios and carefully crafted documentaries.

"Most of the material that's in the BBC Radio archives would never have been broadcast in Australia before. With such an auspicious anniversary upon us and now having the ability to create special event digital radio broadcasts, we felt it was high time the Australian public heard it." ABC Digital Radio Content Director, Stuart Matchett said.
Digital Radio can be heard in Sydney, Melbourne, Brisbane, Adelaide and Perth and also online.

The schedule
all times AEST

Links to listen online: Windows Audio  -  Real Media
The contents are not available on demand, so you'll hear it at the same time as it's broadcast (plus internet delay, of course).
ABC Beatles Official Website
Posted by wogew at Saturday, April 10, 2010

Hi! I'm a reader of your blog and it's great! Man, look at this that I found on youtube
http://www.youtube.com/watch?v=2RyNKdZxL9w