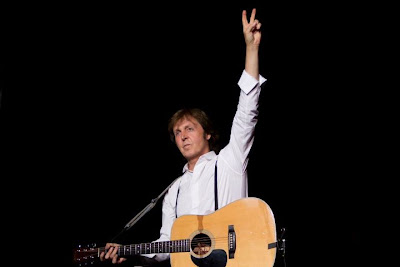 Beatles.ru, the Russian Beatles fansite whose poll made Paul McCartney include Mrs Vanderbilt in his set list back in 2008 (and it proved to be a mainstay) has made another poll in anticipation of his next concert in Moscow. Currently in the lead is Ram's "Monkberry Moon Delight", followed by "Hope of Deliverance", "Lovely Rita", "Once Upon A Long Ago" and "Your Mother Should Know". You can see the full list here.We heard that someone from Paul's staff was in touch with the russian site earlier and asked them to remove a John Lennon composition which was in the lead for a while. Although not adverse to sing a few Lennon songs, Paul wasn't about to tackle the signature "Revolution" song, originally the B-side to the "Hey Jude" 45 rpm single.
Paul's Moscow concert is scheduled for December 14th.
Posted by wogew at Monday, November 28, 2011 No comments: Links to this post 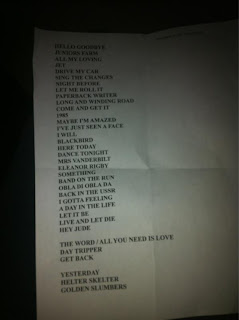 Paul McCartney has alternated between two set lists this weekend in Italy. Depicted above is tonight's set list from Milan, yesterday's concert in Bologna was slightly different. We are using the set list from Milan as a basis to show you the differences below.

• Hello Goodbye (was "Magical Mystery Tour" in Bologna)
• Juniors Farm
• All My Loving
• Jet
• Drive My Car (was "Got To Get You Into My Life" in Bologna)
• Sing The Changes
• The Night Before
• Let Me Roll It
• Paperback Writer
• The Long and Winding Road
• 1985
• Come and Get It (moved, was played before 1985 in Bologna)
• Maybe I'm Amazed
• I've Just Seen A Face (was "I'm Looking Through You" in Bologna)
• I Will (was "And I Love Her" in Bologna) Starting from the next one, the set lists are identical:
• Blackbird
• Here Today
• Dance Tonight
• Mrs Vanderbilt
• Eleanor Rigby
• Something
• Band on the Run
• Ob la di, Ob la da
• Back in the USSR
• I've Got A Feeling
• A Day in the Life/Give Peace A Chance
• Let it Be
• Live and Let Die
• Hey Jude
• The Word/All You Need Is Love
• Day Tripper
• Get Back
• Yesterday
• Helter Skelter
• Golden Slumbers/Carry That Weight/The End
And this is probably the two different set lists he will stick to for the tour. As we are drawing nearer to Christmas, "Wonderful Christmastime" will probably enter the set list, and perhaps "Mull of Kintyre" in London.
Posted by wogew at Sunday, November 27, 2011 No comments: Links to this post

Paul McCartney played this song live for the first time in Bologna yesterday!
The song was written by Paul and given to the Apple band "Badfinger". Badfinger's recording was used as the opening credits song in the Peter Sellers/Ringo Starr movie "The Magic Christian" in 1969 and Paul's demo version was released on the Beatles "Anthology 3" album in 1996.
Paul also played a medley of the songs The Word/All You Need Is Love for the first time at this concert. I hope they stay on the set list, as I've got tickets for the Stockholm concert. It's always nice when he pulls out a few surprises for us die-hards.
Posted by wogew at Sunday, November 27, 2011 No comments: Links to this post

Paul McCartney's website has finally gotten the overhaul he promised us in the programme for the "On The Run" tour. You can become a premium member and have access to lots of films, photos and an opportunity to mix your own versions of the songs. So why not head on over and try it out? http://www.paulmccartney.com
Posted by wogew at Sunday, November 27, 2011 No comments: Links to this post


Yesterday's "Black Friday" Record Store Day event saw two new Beatles and related releases, available only in participating stores. A boxed set of four vinyl singles and a poster from The Beatles and a special commemorative edition of John Lennon's "Imagine" album. And it was a nice gesture from the powers that be to have the included poster feature a Robert Whitaker photo. A silent homage to the recently deceased photographer?
The thing about these releases is that they're only pressed in limited quantities and only available if you visit the store in person, you can't buy these things online. Of course, the day following the event, you can visit ebay and other online shops and find these items by resellers.
Details for the Beatles release:
Box-set of four 7" picture sleeve singles.
Includes Record Store Day branded singles adapter and poster.
1. “Ticket To Ride” / “Yes It Is”
2. “Hey Jude” / “Revolution”
3. “Something” / “Come Together”
4. “Yellow Submarine” / “Eleanor Rigby” 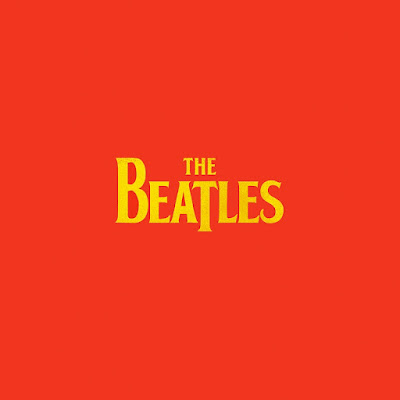 Through a special arrangement, you can now get the Beatles singles boxed set online from the official Beatles stores. $50 in USA, £45 in the UK. The box was pressed in a quantity of 10 000 for the US market. (It was also made available in UK stores, limited to 1500 copies.)


Details for the Lennon release:
John Lennon Imagine (40th Anniversary 180-gram 2-LP Box) Capitol
Extremely limited 40th Anniversary box set containing "Imagine" on 180-gram vinyl remastered in 2010, Imagine Sessions EP on white Vinyl, the original poster and two postcards. Availability limited to 500 copies in the UK and 5000 in the USA.
TRACKS
Imagine:
Side One
Imagine
Crippled Inside
Jealous Guy
It's So Hard
I Don't Wanna Be A Soldier

Side Two
Gimme Some Truth
Oh My Love
How Do You Sleep?
How?
Oh Yoko

Imagine Sessions (from John Lennon Anthology)
Side One
Baby Please Don't Go
Imagine
How Do You Sleep?

Posted by wogew at Saturday, November 26, 2011 3 comments: Links to this post

New album from Ringo in January 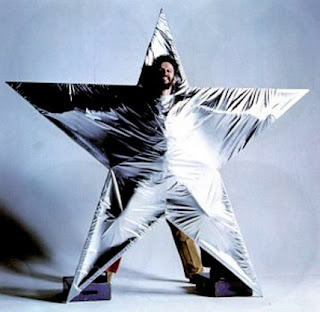 According to Amazon.com, January 24th it's all set for the new Ringo album. No cover art or title as of yet (unless it will be called "Ringo 2012". Ringo spoke a bit about the album in a Q&A with Norwegian Wood this summer:

Q: What’s your fondest memories of growing up in post-war Liverpool?
Ringo: Every woman in the street is your mother. We were close. I lived in that neighbourhood. I’m doing a Liverpool track on every CD. This will be the third on the new album. I mention the Iron Door in Liverpool which was a club.

Q: When you start working on a new album do you have a plan?
Ringo: I wake up and think what a great day. I call the engineer and fire up the computer. I have no idea how it is going to turn out.

Q: What musicians are on the new album?
Ringo: Benmont Tench from Tom Petty, Don Was the producer and great bass player, Charlie Haden, America’s premier jazz bass player, Joe Walsh of course, Dave Stewart, Glen Ballard, Van Dyke Parks who wrote a song and is playing accordion. If you look at the back of the Y Not record it is a similar group

Q: Who do you mainly work with?
Ringo: ... I made the last record and the new record ... at home with ProTools. People, musicians, pass by and they are on the record. I record mainly in Los Angeles at home in the guest house
The Christmas before last, when the guests left, I had all the furniture taken out to storage. The ProTools and the board are in the living room / kitchen and the two kits of drums and the amp are in the bedroom.
You can be sitting and doing something and a line just comes, I have notebooks and I write down lines. And suddenly that line is a song. It’s the start. And now with my iPhone I can sing to it wherever I am. It is interesting as a writer, usually I write the chorus first, I can jam with the chorus and then with other writers we make it into a song. I love to hang out with other musicians. Most of the time we get something.
Posted by wogew at Thursday, November 24, 2011 No comments: Links to this post 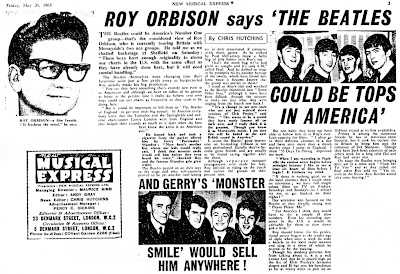 Someone claims to have made an audio recording of songs from the Roy Orbison and Beatles concerts that took place in Walthamstow on May 24th, 1963. And he still has the tape.
He posted an email to a mailing list for Beatles collectors, asking for advice on how to get a good price for the tape.
This is the first time we've heard of anyone having a recorded portion of a concert from the Beatles/Roy Orbison tour, and people are sceptic about the authenticity of the samples he provided.
The would-be-seller says it's a 15 minute 3" reel-to-reel tape, containing:

Roy Orbison - "Runnin' Scared", "In Dreams".
The Beatles - "Some Other Guy", "Thank You Girl", "Please Please Me", "I Saw Her Standing There", "From Me To You".
"Thank You Girl" was a rare song to have heard in concert, because it was only featured a few times. 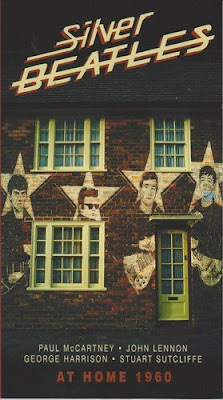 Guess what's in stock and will be dispatched from and sold by Amazon.co.uk? :-D
Here's a customer's review:
A document of historical importance or just 3 or 4 kids badly recorded bashing and sawing away at guitars to little effect. Considering what became of these lads these early recordings are rubbish, the best of them already appearing on the Beatles Anthology volume 1. The packaging is also rather annoying two discs side by side each in a digipack with the card sleeve acting as both cover for the discs and booklet. The information is minimal like the playing with no real details on the source of the contents. The sound quality is bootleg at best and really the price is reflective of that, this really is for Beatle complete-ists casual fans of the mop tops will really gain no benefit at all from this release beyond what became of them over the following ten years.
This is probably the same material as on the Quarrymen At Home vinyl bootlegs. Taped possibly by Mike McCartney.