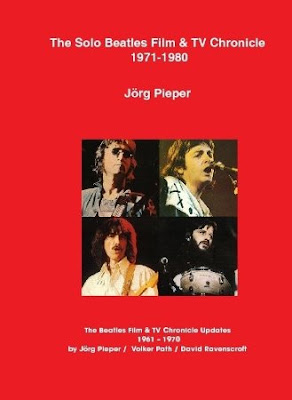 from 2005 comes a new volume which takes us ten years into each Beatle's solo appearances on TV, video and the silver screen. The Solo Beatles Film & TV Chronicle 1971-1980 covers the first ten years of the solo careers of the individual Beatles from 1971 to 1980, and also includes a chapter of updates regarding recently discovered and new information about films of The Beatles as a group during the years from 1961 to 1970.
As a visually orientated person, I've always loved to see moving images of my favourite band and I have been a collector of The Beatles and solo-Beatles film and tv footage ever since the family first purchased a VCR in 1981. This book will be indispensible for someone like myself, but one must admit that it caters to a somewhat limited audience. Which is probably why this book is available through Lulu, a DIY internet based service which will print each book on demand. Author Jürg Pieper says abouth the new book that it covers recently discovered rarities like the performance of John singing Attica State at the Apollo theatre on 17 Dec. 1971, a previously undocumented Ringo interview for French TV from 18 Sept. 1976, George interview for German TV from 01 Feb. 1977 and a detailed overview of Paul presenting Disneytime from 19 Dec. 1973. On a personal note, I enjoyed reading the full description of the Cilla in Scandinavia TV Special from 1971, where Ringo participates in segments shot here in Norway. The updates to the old book are co-authored by David Ravenscroft and Volker Path.

A sample of the unreleased rarities covered by the book 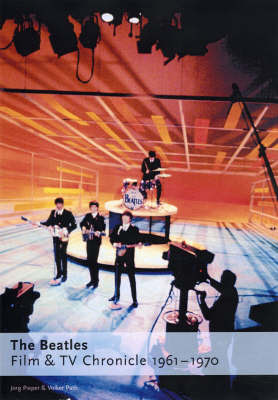