When the matter came up of the album cover for the first album of the Beatles, their producer George Martin proposed to call the album Off The Beatle Track. A picture could be taken at the nearby London Zoo, he reckoned, in front of the home of the insects. Paul doodled a few sketches for a design with that title. George Martin advised the use of the theatrical photographer Angus McBean, a man he worked with in the past.

However the direction of the zoo made objections. George Martin clearly liked the title, and when it wasn't used for the album, he used it for his own LP with instrumental Beatles covers in 1964.

Around the third week of January 1963 a first session took place, at the studio of Angus McBean, in his London house. The Beatles wore their new, mole-colored velveteen performing suits. One of these pictures was used in September 1963 for the cover of the EP The Beatles’ Hits and later, in America, for the Vee Jay album Introducing The Beatles. For this album, however, Vee Jay mirrored the image.


This first photo session was not satisfactory and a second was arranged. McBean agreed to meet them at the EMI house in Manchester Square, London around mid-February 1963. The photographer recalled later: "As I went into the door I was in the staircase well. Someone looked over the banister - I asked if the boys were in the building, and the answer was yes. "Well", I said, "get them to look over, and I will take them from here."
I only had my ordinary portrait lens, so to get the picture, I had to lie flat on my back in the entrance. I took some shots and I said, "That’ll do." 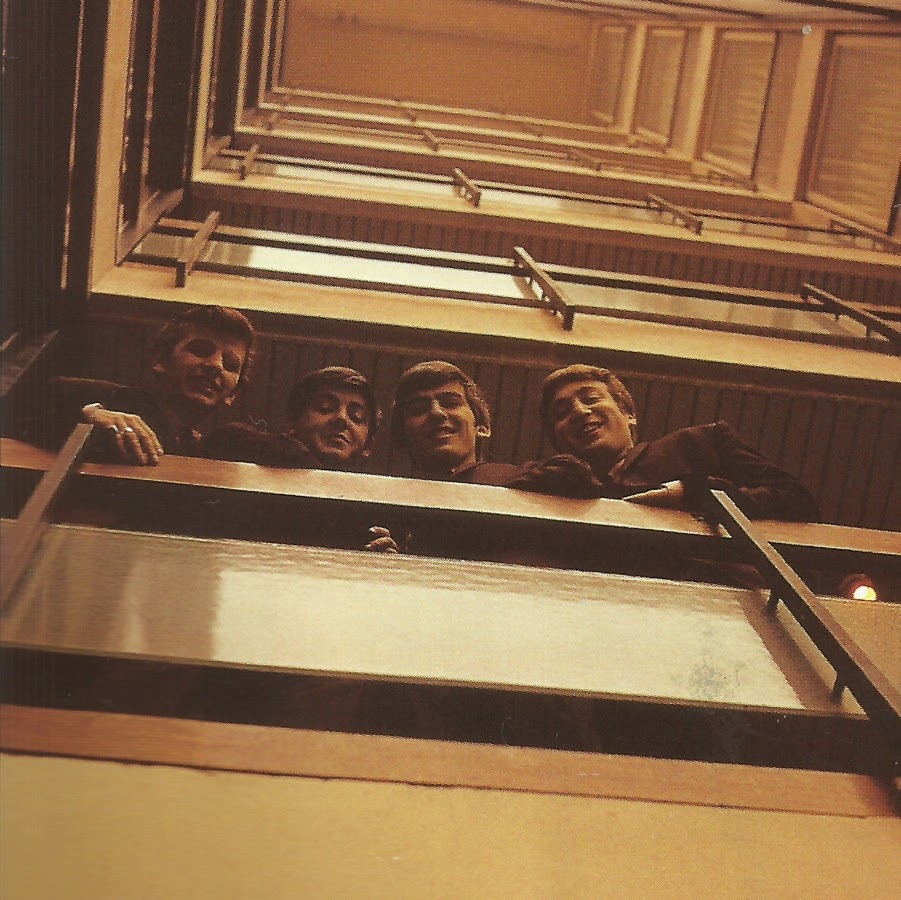 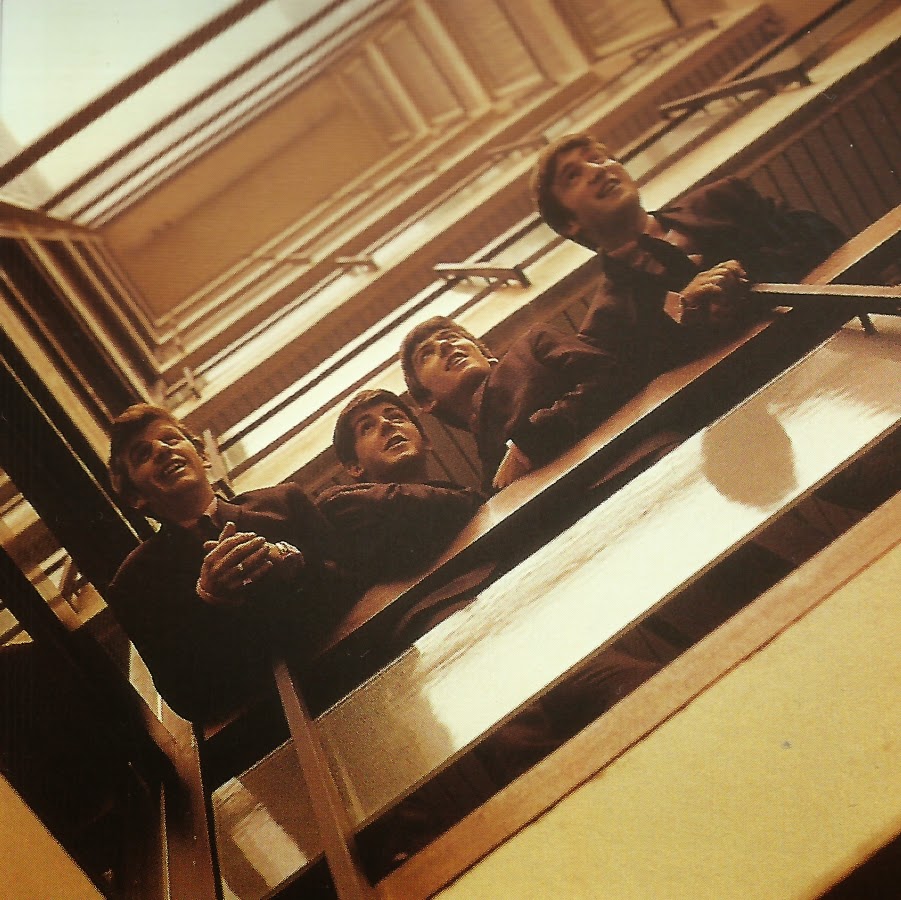 A number of pictures were taken with the four boys looking down over the railing of the first floor to the entrance of the building.

But not everybody was convinced. On March 5th, EMI staff photographer John Dove took publicity pictures of the Beatles in and round the EMI-house. On some of these also Dick James, George Martin and Brian Epstein can be spotted. Afterward he tried to make a suitable picture for the album-cover, with the Beatles fooling around with a parking meter at the nearby Montague Place and jumping of the steps of the EMI studio in Abbey Road.

At last it was decided that the Angus McBean picture in the staircase was the best option.

The cover made the staircase so famous that when, at the end of the ‘90s EMI vacated the premises at Manchester Square and moved to alternative office accommodation, the staircase was dissembled and painstakingly rebuild on the new premises.
Besides for the cover of the first album, different variations of the session are used for these covers:

The sleeve notes on the back of the album sleeve are written by Tony Barrow.
The cover of the first pressings was a laminated sleeve with a polythene lined inner sleeve on which an advert for "Emitex" cleaning cloths was printed.

This article was written by Patrick Roefflaer and you can find it in it's older incarnation here.
Posted by wogew at Wednesday, December 17, 2014