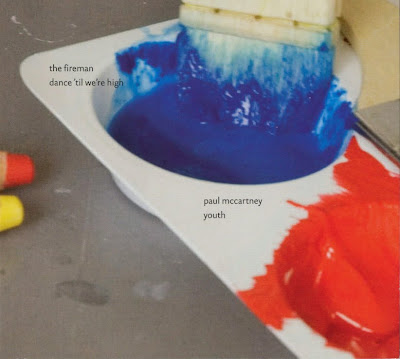 It's not easy being an old-fashioned singles collector these days. Most singles are only offered as downloads, and are not actually released as a piece of plastic for your wanting singles shelf. They are, however, still being released - but only as promos available for radio stations and music industry insiders.
Of course, ebay and other online auction sites as well as speciality collector's record shops comes to the rescue. Here you'll find what you need to sit beside your previous singles on your shelf, but to highly inflated prices. The people who are selling these singles usually got them for free, as these are promotional items.
Let's take a look at the singles that has been "released" from The Fireman's current album project, Electric Arguments. 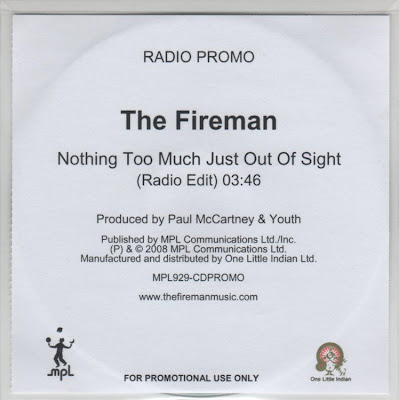 The first single was a radio promo of the opening track from the album, Nothing Too Much Just Out Of Sight. It's a very rare bird indeed, and is presented as a "radio edit", which clocks in at 3:46. Getting an original copy is going to set you back at least £100.
If you're only concerned about getting this particular mix, you're in luck if you live in the UK or Germany. In these countries, the song has been included on a free compilation CD that's included with a magazine. In the UK, the song is part of the Clash Playlist CD that was included with the December 2008 Clash magazine. Ordering the mag from their website will do you no good though, as they're not sending you the CD - just the mag. You'll need to find it in a magazine shop. In Germany, the magazine Muzikexpress Sounds from January 2009 is including the track on their accompanying CD, ME Sounds Now! 144. Also, in the magazine you'll get a one page interview with Paul McCartney (in german) and one full page new colour photo of Paul. Avoid the compilation CD that comes with the Monitor This US mag. It features the song, but it's the regular album version at 4:54. 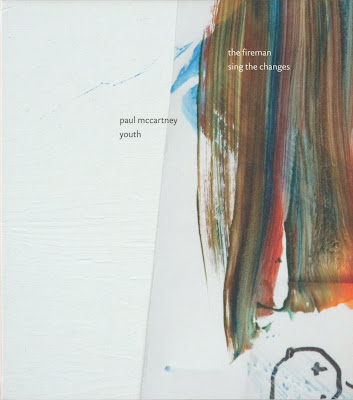 The second single is far easier to find, "Sing The Changes". Lots of copies are floating around on ebay, and you probably won't have to pay more than around £30 for it - less if you're lucky.

The third single, "Dance ´Til We´re High", was released as a download on January 5th, and was of course available a bit earlier as a promotional piece of plastic. It's currently available for around £70.

Clash (December 2008) with the cover CD was available in Sweden as well, not only in UK and Germany.