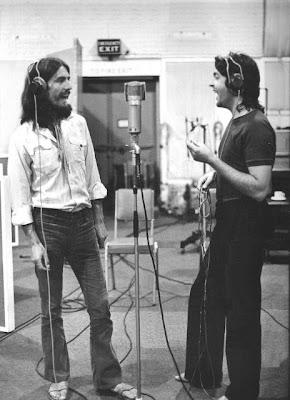 Inspired by Tammy's recently published photo of George and Paul from the sessions for the Abbey Road album, I gathered together the photos I had on my hard disc drive from that same occasion and here they are. George and Paul are clearly enjoying this moment. 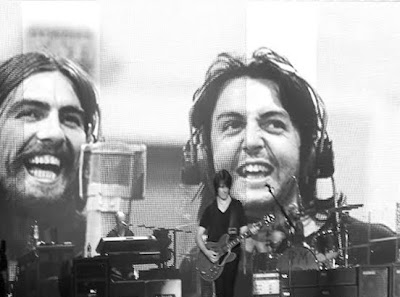 This was the photo Tammy published, which was taken at a recent McCartney concert. It was part of the backdrop. 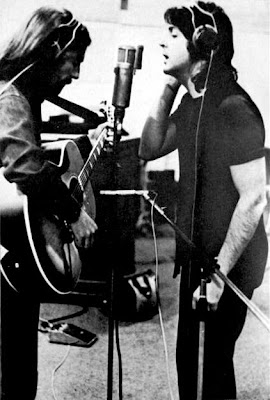 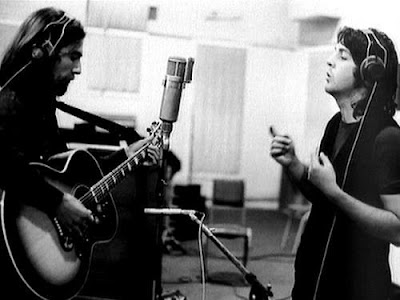 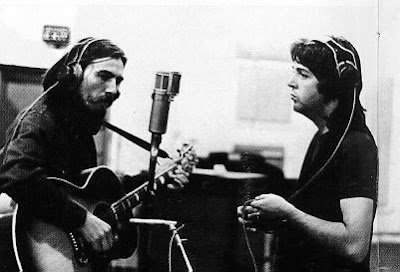 Photos from the Abbey Road album recording sessions are otherwise few and far between. When the album had it's 40th anniversary on Saturday, I happened to be in Istanbul, Turkey, so I celebrated the day by buying a new Beatles t-shirt! 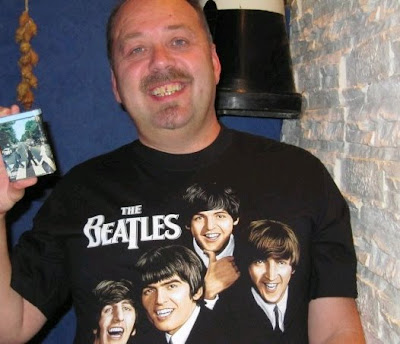