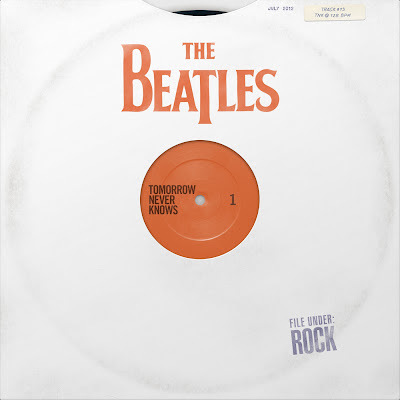 Tomorrow Never Knows, the new digital-only compilation from The Beatles made it's debut at no. 44 in the official UK albums charts and at no. 12 at the digital charts. It's an album no one expected. It harkens back to the years from 1973 to 1982 when EMI kept churning out compilation album after compilation album with the Beatles, to keep the group in the public eye as well as to be able to sell new product to the fans who already had it all. The red album, the blue album, Rock'n'Roll Music, Love Songs, The Beatles 20 Greatest Hits, Rarities, Beatles Ballads, the double Rock'n'Roll Music split into two different albums, Reel Music... yawn yawn yawn. The one golden exception was the live The Beatles At The Hollywood Bowl from 1977. And that's the one they should have released digitally now. I bet it would have made a higher debut placement in the charts. 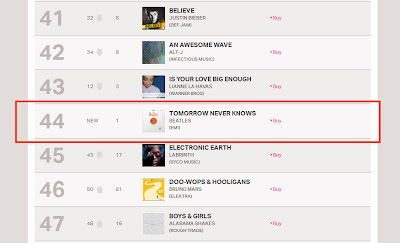 Great Compilation BUT We WANT The Vinyl( To EMI) to -Maybe Im just old School ?.. But we can put this together ourselves, When putting time + effort to this Why Not to Shea DVD/Audio or Let It be be Box project Or a more Complete BBC sessions ?
Cheers from Liverpool , Paul Dean

Agreed wholeheartedly. In this digital era, this is simply a playlist that most Beatles fans can assemble within seconds.

Granted, this compilation doesn't cater to us. But even for new listeners, the picks are so random I'm not sure it does good things for the group's legacy long-term. Seems like a money grab more than anything.

"putting time + effort to this"

No time or effort was put into this.